Djibouti occupies a strategic geographic location at the intersection of the Red Sea and the Gulf of Aden and serves as an important shipping portal for goods entering and leaving the east African highlands and transshipments between Europe, the Middle East, and Asia.  The government holds longstanding ties to France, which maintains a significant military presence in the country, and has strong ties with the US.  Djibouti hosts several thousand members of US armed services at US-run Camp Lemonnier. 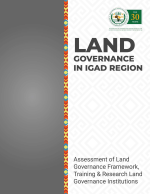 The Republic of Djibouti is located in the Horn of Africa between longitudes 41°8 ' and 43°4' E and the latitudes 10°9 ' and 12°7' N. It is bordered to north by Eritrea, to south-east by Somalia and to the west by Ethiopia. In the east, the country benefits from a seaside coast divided between the Red Sea and the Gulf of Aden and which extends on more than 372 km. It covers a surface area of 23 200 km² and has an estimated population of 900 000 people according to the United Nations Development Programme (UNDP, 2014), growing at 2.9% per annum. More than 70% of the population lives in urban areas, with nearly 60% in the capital and about only 16.3 per cent of the population lives in the rural areas.

The country is divided into five regions: Ali Sabieh, Dikhil, Obock, Tadjourah and Arta. The city of Djibouti has a special status. The biggest part of the land is pastoral and agricultural lands account for only 0.5% of the country.  Djibouti has only 10,000 hectares of arable land, of which 1,000 are cultivated. Some 9.5 per cent of the land under cultivation is irrigated. Half of the arable land is in the north; the majority of crops are grown in the south, however, mainly in the districts of Ali-Sabieh, Dikhil and Djibouti. There are around 1,600 farms in Djibouti, employing an approximate total of 3,600 people.  The average area of farms is one half hectare

The judicial system in Djibouti is based on the French civil code.  However, in family matters (personal status matters), the laws are mainly derived from Islamic law (Shari’a).  The Family Code, which was promulgated in 2002, regulates matters such as marriage, divorce, child custody and inheritance.  Djibouti acceded to the Convention on the Elimination of All Forms of Discrimination against Women (CEDAW) in 1998.  Djibouti´s combined initial, second and third periodic CEDAW report was presented at the 49th session of the CEDAW Committee in July 2011, with a significant delay of 10 years.  Djibouti has not made any reservations to the CEDAW.

The Djiboutian Civil War (also known as the Afar insurgency) was a conflict in Djibouti, lasting from 1991 to 1994 and resulting in thousands of fatalities.  This uneven power sharing between the Issas and Afars led to the Civil War that ravaged the country for three long years.

Despite the recent modest and stable growth, Djibouti is faced with many economic challenges, particularly job creation and poverty reduction. With an average annual population growth rate of 2.5 percent, the economy cannot significantly benefit national income per capita growth.

Djibouti has registered an average gross domestic product (GDP) growth of around 5 per cent for the past five years, with an acceleration in 2015 (6.5 %).  The Government projects that growth will reach 7.2 % in 2016, driven largely by public and private investments in its projects.  The transportation and services sectors, including logistics and communications, have been the bedrock of economic activity and growth.

Even though 77 percent of its 940,000 citizens live in cities — 1 percent more than Germany — Djibouti is still deeply impoverished, posting a gross national income that’s merely one-fortieth of Europe’s economic powerhouse. Experts blame a combination of political corruption and environmental factors, like rocky, arid land that doesn’t lend itself to agriculture. But despite the country’s poverty, Djibouti is located on a crucial artery of global trade, putting it at the center of international efforts to fight piracy and terrorism.

In the name of God All-Powerful,

They affirm their determination to establish a State of Law and of Pluralist Democracy guaranteeing the full enjoyment of the individual and collective rightsand freedoms as well as the harmonious development of the national community.

They affirm their will to cooperate in peace and amity with all peoples who share their ideals of liberty, of justice and of solidarity, on the basis of mutual respect, of national sovereignty and of territorial integrity.