Sudan, with an area of 1,861,484 sq km, is the third largest country on the African continent and sits at the crossroads of sub-Saharan Africa and the Arab world. Sudan has international borders with seven countries: Egypt, Eritrea, Ethiopia, South Sudan, Central African Republic, Chad and Libya. On the eastern edge, 885 kilometres of coastline with the Red Sea position Sudan as an important bridge between Africa and the Middle East. 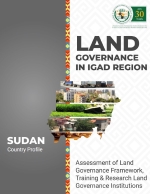 The country’s total population in 2006 was estimated at about 40.2 million, of which 30.75 million were in the northern part of the country and about 9.46 million were in the south. Women make up about half of the population. Population density in 2003 was 14.1 people per square kilometer. It is estimated that some 5–6 million people have been displaced from their areas of origin due to conflicts, mainly in the southern part of the country and Darfur. Massive numbers of refugees and Internally Displaced Persons (IDPs) are returning to their homelands after the signing of the Comprehensive Peace Agreement (CPA) on January 2005.

A month before the 2010 polls opened, the National Elections Commission (NEC) partially postponed elections in South Kordofan State, citing agreement between the National Congress Party (NCP) and the Sudanese Peoples' Liberation Movement (SPLM). Unresolved concerns arising from the census and voter registration were problematic. The delay in South Kordofan applied only to the elections for the governor and to the local assembly, while the national presidency and legislative elections were meant to proceed in the State as scheduled, on April 10. By mid-April it was reported that 3 polling stations had been attacked in South Kordofan, with a group called the Sudan Liberation Army Front claiming responsibility.

The traditional agriculture in Sudan occupies 60% of the total cultivated land and employs 65% of the agricultural population. Nevertheless, it is characterized by its low crop productivity, which is mainly driven by low technical efficiency, while drought and civil conflicts threaten most of its areas countrywide. Therefore, it has contributed only an average of 16% to the total agricultural GDP during the last decade. This paper addresses from an empirical point of view the sectoral and macroeconomic implications of agricultural efficiency improvement in Sudan and assesses the efficiency gains under the assumption of trade liberalization.

Darfur is the western-most region of the Sudan.  Rainfall is low but there remains scope for the expansion of traditional agriculture.  The early 20th century saw development based on expansion, on the introduction of simple techniques and on exports.

We the people of the Sudan,

Grateful to Almighty God who has bestowed upon us the wisdom and will to reach a Comprehensive Peace Agreement that has definitively put an end to the longest running conflict in Africa,

Having survived the tragic consequences that have characterized that debilitating conflict,

Mindful of religious, racial, ethnic and cultural diversity in the Sudan,

Committed to establish a decentralized democratic system of governance in which power shall be peacefully transferred and to uphold justice, equality, human dignityand equal rights and duties of men and women,

Further committed to gearing governance, in the coming phase of our political advancement, towards the enhancement of economic development, promotion of social harmony, deepening of religious tolerance and building trust and confidence in the society generally,

Committed to the Comprehensive Peace Agreement of January 2005, guided by the 1998 Constitution and the Sudanese constitutional experience since independenceand other relevant experiences,

Cognizant of conferences and the initiative of inclusive popular dialogue and agreements of peace and national reconciliation, particularly the Cairo Agreementsigned in June 2005, and prospects of other peace agreements to end conflicts in the country,

Do hereby adopt this Constitution as the supreme law by which the Republic of the Sudan shall be governed during the Interim Period; and we undertake to respect and protect it.